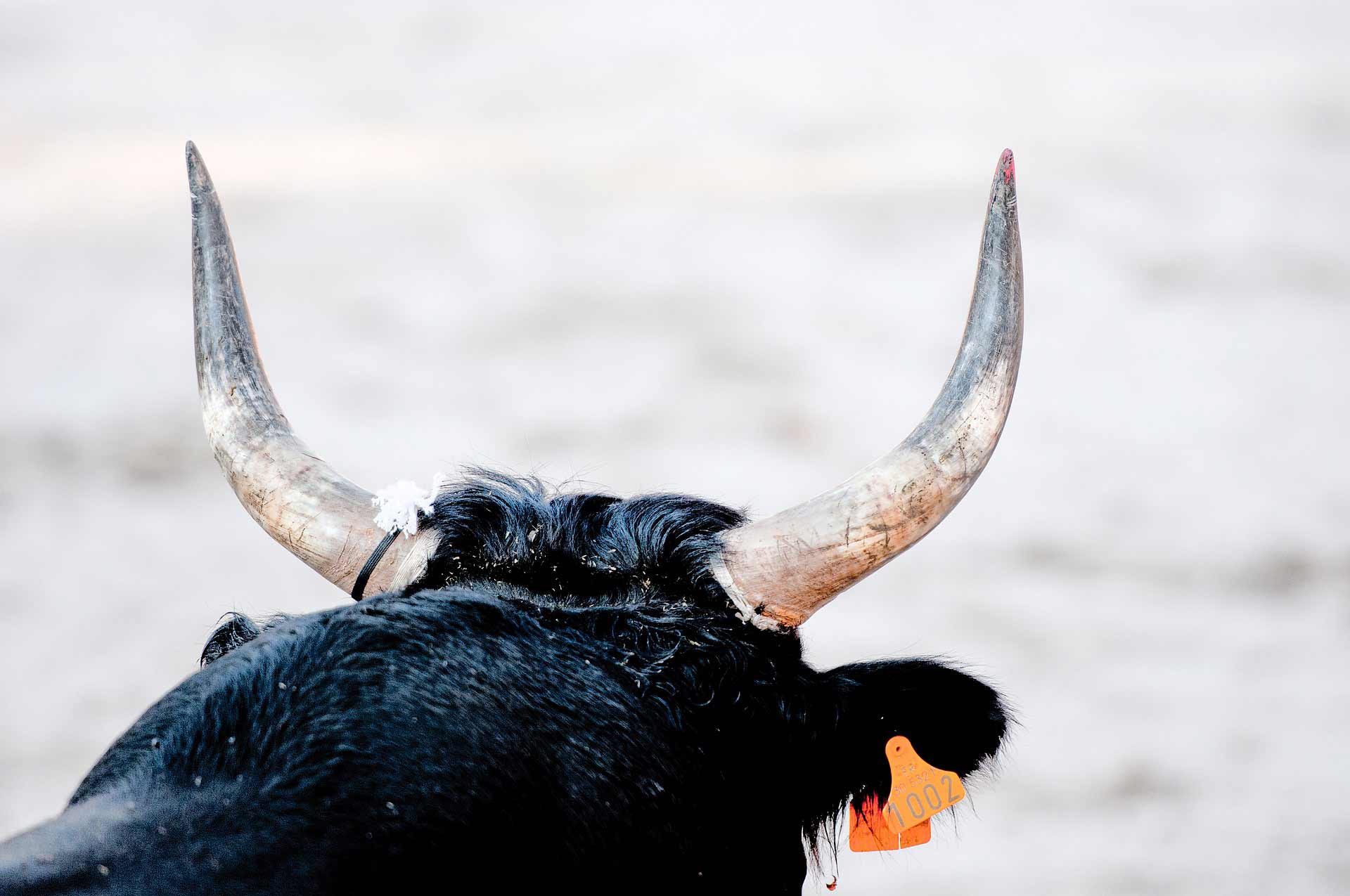 The physical body of a bull obviously shows the main meaning itself. It’s an animal full of energy and power. Very symbolic are the horns. “Break the horn” means often “break the power”. It is not a coincidence that Boromir, a warrior from Lord of the Ring, was killed and his Horn of Gondor was broken (YouTube) at the same time. It was as a clear symbol of losing his power.

Bull is not an animal that could be easily tamed (compared for instance to a bear). The excerption is the Ox, a castrated bull, used as draft or riding animal. Dreaming about a wild bull often means to be exposed to an unleashed source of mighty power.

You will find a lot of funny “stubborn bull” videos on YouTube to illustrate this character trait. Yes, to dream about a bull may mean to encounter a really unshakable, rigid and determined person. Or maybe the dream bull can be interpreted as an embodiment of your own stubbornness.

Archaeological Museum in Herakleion. Minoan rhyton in form of a bull.
Two-handled jars (amphoras) with Herakles driving a bull to sacrifice | Museum of Fine Arts, Boston

Please, be sure that you understand the difference between Cow, Bull and Ox.

Attack - fighting with the bull

Dreaming about fighting the bull means you are trying to combat a power, that may be dangerous and is much stronger than human. It may be the sexual energy (yours or someone else's), or an animal form of the abstract feeling being insecure, exposed and vulnerable. Exceptionally to dream about a bull means to deal with a person who is born under the Taurus sign, or with a really stubborn person standing in your way.

Bull is chasing me

The main difference between fight (above) and run away is your own attitude. When you fight, you have the willingness to actively overcome some difficult situation - to face it directly, but when you are only chased and trying to escape - you show your back, and it is obvious who has the control over your dream as well as over your life.

It’s a ride on a peaceful Ox or rather a wild American rodeo? Dreaming about riding a bull peacefully means clearly, that you have your power under control (sexual energy, career motivation, pure anger, ferocity, desire to bully others etc.) The directed and controlled power may bring you rich, prosperous, and abundant life. The “rodeo” option is symbolic for the more problematic relationship with your own will or with intentions of others.

Killing the bull is sometimes like killing the father. Psychoanalysis sees bull as the dominant male figure. Like in the tale of Uranus and Cronus, where is the Oedipus complex present ( Gaia gathered together Cronus and his brothers to persuade them to castrate Uranus). To see a death bull in your dream, it means a positive outcome only if he posed a great risk. In other cases it may be interpreted as an unnecessary loss, because your life is now poorer without this vital source of energy. 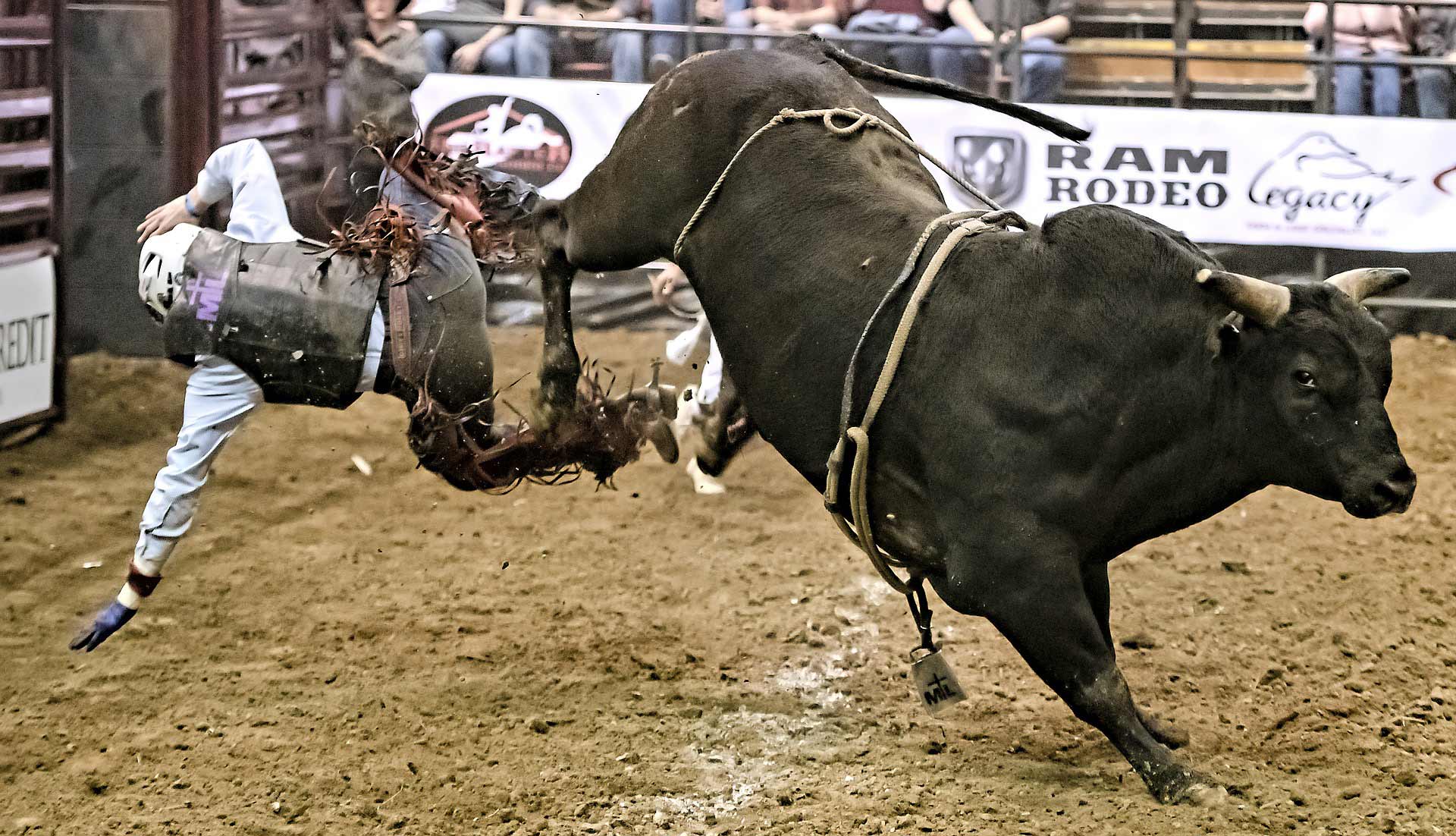 Other inspiring resources about Bulls