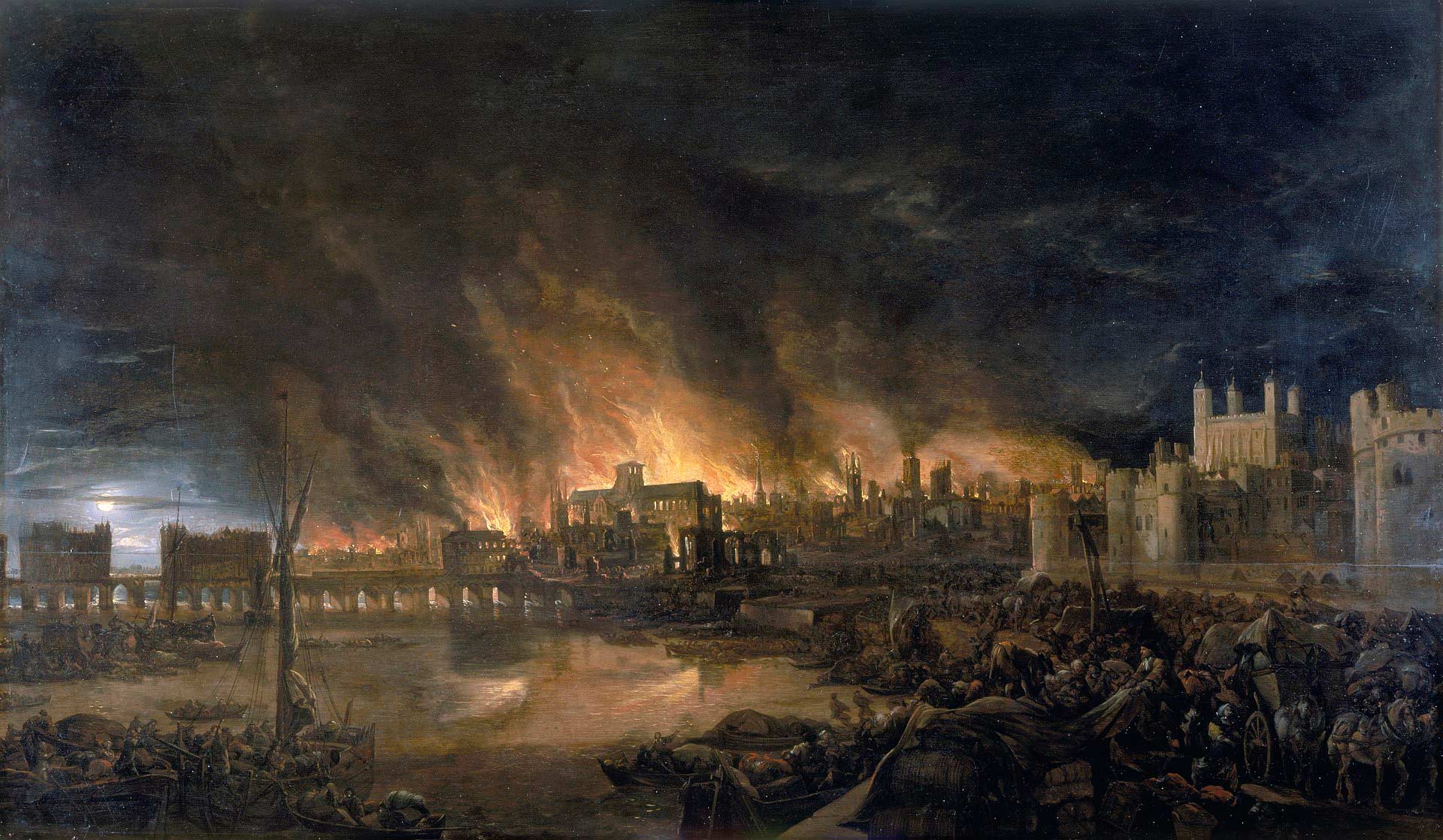 William Turner, Fire at the Grand Storehouse of the Tower of London, 1841 (TATE) William Turner, Fire at the Grand Storehouse of the Tower of London, 1841 (TATE)

Our home (house, apartment, room) is like a snail shell. It is our shelter and family background. To see own house or apartment on fire is a clear symbol of being afraid from such significant loss. But is depends on the period of your life. A teenager dreaming about fire in his/her birthplace most likely symbolizes the spiritual preparation for adulthood and independent life. On the other hand, for an old person, dreaming about a burning house may symbolize the fear of physical helplessness or mental transformation of the coming afterlife. A house sometimes symbolize the physical body, thus dreaming about fire at such place means to anticipate health problems (roof = head, cellar = guts ...). When you dream that somebody else's house is burning, it often symbolizes some more distant parts of yourself that are undergoing a painful transformation or loss (parents = reason and wisdom, children = infantile wishes ...)

The meaning is very similar to a house or an apartment (above). But whole building is often much larger and the damage caused by fire more noticeable and painful. A building symbolizes whole complex segments of your life (office building = work, school = knowledge and power to learn ...).

Kitchen fire is often caused by some broken electric appliance, by ignited frying oil or by a forgotten oven, pan or gas cooker. Kitchen is a place where basic food is transformed into tasty dishes and often where it is served as well. To dream about kitchen fire and related consequences means to struggle with similar mental procedures in the real life – kitchen is the place where your thoughts (spiritual food) are prepared. But frankly, sometimes a dream about kitchen fire may be caused simply by consuming too much spicy food before falling asleep.

Bed is symbolic for the personal and intimate space of your life. In bed you are usually dormant (unconscious) and defenceless. To see your bed on fire in a dream means this private place of sleep and regeneration is endangered or vanishing. Think about: Who set the fire? Who is violating your of privacy? On the other hand, bed is also a common place for sex and the fire may mean that you are longing for more passionate experience.

Cars  are special instruments for moving effectively from one place to another. Secondly, cars are maybe the most visible means how to show one's wealth. To dream about your burning car means that you are afraid of losing your wealth, social prestige or mobility (effectiveness).

You dream about extinguishing the fire? Probably you don't like the possible shift (dream is a space for innocent experiments, a mental exercise room): you are not welcoming such powerful element as a symbol of transformation or purification. You don't want to change your life significantly or maybe you are not prepared for a true spiritual revolution yet.

A forest is a place with reduced visibility, difficult orientation and, above all, it is the sphere of animals. To dream about a forest fire means to deal with a wish to suppress or transform this territory of deep animal ambitions and thoughts. Dreaming about a forest fire can symbolically mean you would like to eliminate this dark and unpredictable part of your personality. But be aware that forest animals can run wild when the fire starts.